This article originally appeared on energy.duke.edu »

In May, as Duke seniors prepare to graduate, there’s another notable class filled with Blue Devils – It’s Forbes’s annual “30 Under 30” list, which recognizes up-and-coming entrepreneurs and innovators in industry.

Fourteen Duke grads were named to the 2018 list, including three in the energy category. Congratulations to Karim Khalil, Hannah Sieber, and Scott Martin, who share their alma mater’s commitment to an accessible, affordable, reliable and clean energy future.

Having first studied mechanical engineering as an undergrad at Duke, Karim Khalil (a 2012 graduate of the Pratt School of Engineering) is now well on his way to his third degree in the discipline as a Ph.D. candidate at MIT, where he co-founded Infinite Cooling with fellow graduate student Maher Damak and faculty member Kripa Varanasi. 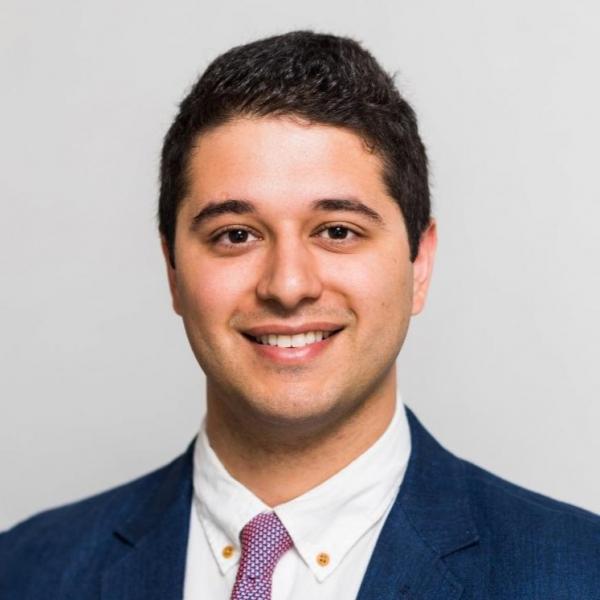 Infinite Cooling aims to reduce the considerable water consumption of power plants by using electrical fields to capture and recycle water vapor from evaporative cooling tower systems. The technology promises both economic gains and increased sustainability—and, in some areas of the United States, a solution for the costly regulatory burden of water vapor plume curtailment.

The startup has won many awards, including the 2018 Rice Business Plan Competition, where Infinite Cooling was awarded nearly $500,000 in prizes.

​Khalil cites his experience in the Energy and Environment certificate program as helping him to understand the complexities of effecting change in the energy sector. “Technology is one part of the story,” he says, “but you need a policy framework that can be conducive to positive change in the energy space ... [At Duke] I was exposed to energy from all different angles, not just the technical side.”

The foundation for Khalil’s expertise on “the technical side” was laid via a wide array of initiatives at the Pratt School of Engineering, including Summer Research Experiences for Undergraduates (REU) and the Pratt Research Fellows program. Through first-hand exposure to cutting-edge energy research, he says, “I gained my motivation for looking at sustainable energy solutions.”

“There are so many creative things we can do and angles to attack the problem from,” he adds. “There’s no shortage of problems to solve.”

For Hannah Sieber (a 2013 graduate of Trinity College of Arts & Sciences), co-founder and COO of EcoFlow Tech, reliable access to energy is the core problem, and also a matter of principle—as Hannah says, “Energy is an axiom of equality.” 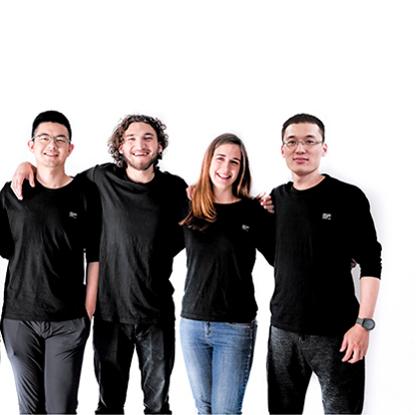 As a sophomore at Duke, Sieber joined a DukeEngage project in Nicaragua, working with women in small communities across the country to assess their business development needs. Among the needs she discovered, energy access was perhaps most starkly illustrated—regular power outages limited use of typical business tools like computers and phones, but also compromised crucial infrastructure, rendering water pumps and medical equipment temporarily inoperative.

EcoFlow Tech’s first product to market, the RIVER mobile power station, is designed to fill such service gaps, and the company has made its corporate mission to “foster inclusion and help raise standards of living in areas of the world where power shortages stunt growth and development.” Sieber credits a range of Duke experiences—from DukeEngage to working in Durham Public Schools as leader of the Duke chapter of One Laptop per Child—with strengthening her desire for community engagement and social impact. Through her involvement with organizations like the Duke Association for Business Oriented Women and the Coach K Center on Leadership and Ethics, she connected those impulses with an entrepreneurial spirit.

Sieber double-majored in Asian and Middle Eastern studies and international comparative studies at Duke. Her coursework introduced her to the interrelation of food systems and energy systems, as well as the impact of energy on cultural trends in China, among other topics. She moved to China shortly after graduation, and now splits time between San Francisco and Shenzhen as EcoFlow Tech readies two more industry-first products for release this year.

Scott Martin (a 2014 graduate of the Pratt School of Engineering) launched his career a little closer to campus—he’s right down the road here in Durham. Like Khalil, he majored in mechanical engineering and earned the Energy and Environment certificate. 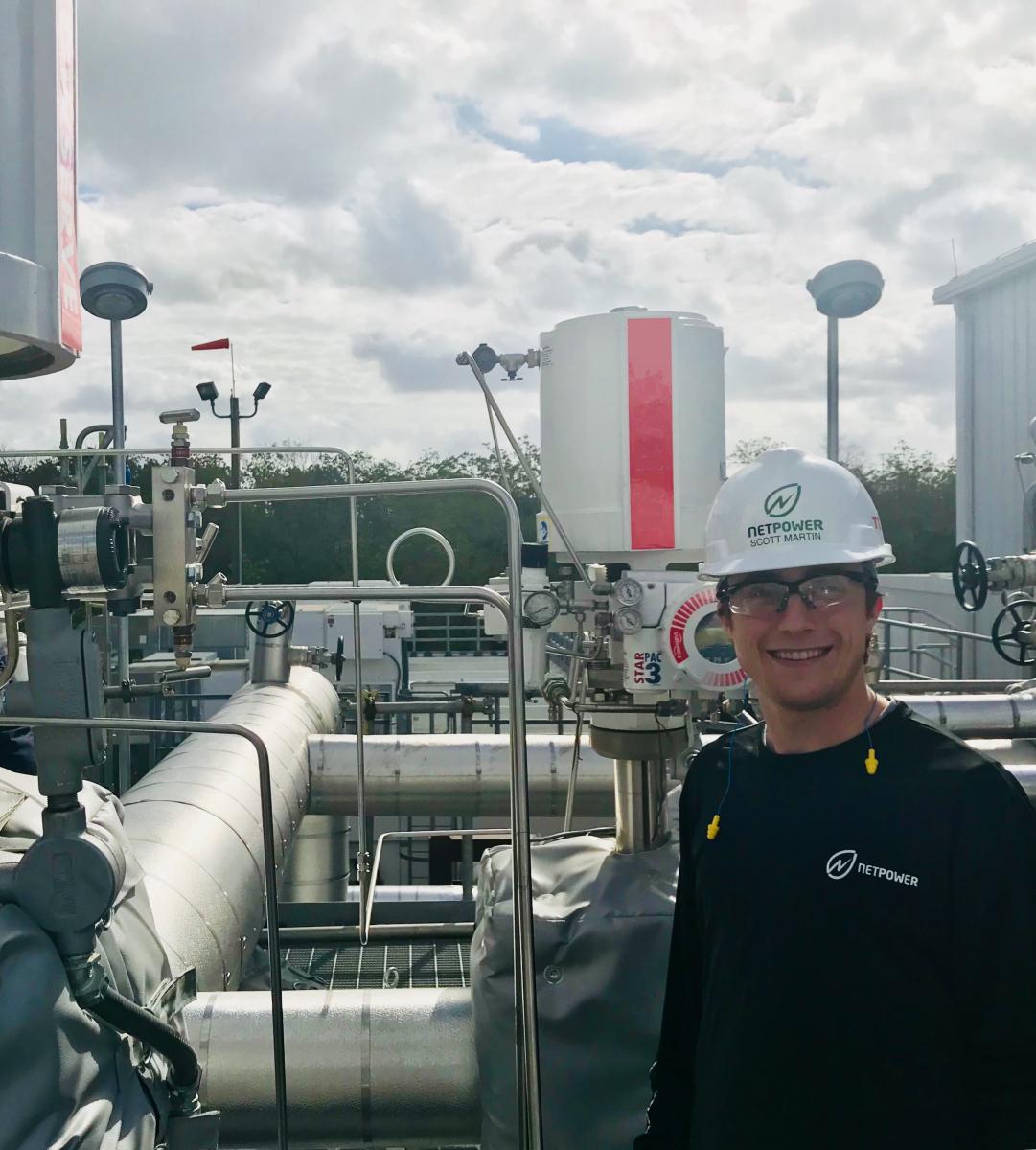 But he developed his interest in energy at an early age. Growing up in Colorado, he attempted to build a solar-powered car as part of the Junior Solar Sprint program. “That was the first time I really got emotional about technology not working,” he recalls with a laugh.

Now, as a principal with 8 Rivers Capital, he’s been tasked with making technology work on a much larger scale as he works on the implementation of the firm’s NET Power project outside of Houston. Currently in its testing phase, the project uses an innovative carbon capture technique called the Allam Cycle to generate low-cost, emissions-free electricity from carbon-based fuels, with the captured CO2 serving as a working fluid.

8 Rivers calls it a “moon-shot project,” and if it seems unlikely that the technology implementation of such an endeavor would be entrusted to someone so young, it’s no less so than the manner in which Martin was initially hired. As a senior at Duke, he broke his hand, impeding his ability to conduct electrofuels research as a Pratt Grand Challenge Scholar. “I couldn’t write much, couldn’t type much,” Martin says, “but it really made me focus on getting to know people.”

During his final semester, Martin’s scholarship funding helped him to attend a conference at MIT, where he hoped to connect with a small company after interning with larger organizations like GE and NASA. As he waited in line for a restroom at the conference, an 8 Rivers representative noticed the Duke affiliation listed on his nametag and invited him to check out the firm, then in the startup phase. The encounter led to a series of interviews over the course of Martin’s post-graduation cross-country bicycle trip. Martin wore bike cleats off-camera for at least one Skype conversation.

Following that experience, Martin has become a champion of conference attendance, and not just for the networking benefits. “One of the best ways that students can see how industry and institutions behave around each other—and how they can fit into the energy ecosystem—is by getting themselves a seat at the table,” he says.

Martin adds that some of the most important learning at the university goes on outside the classroom in informal conversations with fellow students and with professors. His advice: “Don’t be afraid to be a nerd.” What he really means, though, is that openness and curiosity are paths to discovery.

Khalil expresses a similar sentiment, encouraging undergraduates to try to learn as much as they can from the graduate student community. And for Sieber, the nature of the Duke curriculum has been an important factor in her path. “Everything I did here,” Sieber says, “was part of this search for understanding of how I wanted to have a positive impact.” The interdisciplinary lens of her education, applied in the energy space, helped her to realize “how global these issues were and how tackling them wasn’t going to come from one narrow focus.”

Martin agrees. “One of the best things about Duke is that it’s always changing,” he says. “People are open to cross-pollination of ideas and people and opportunities and that was something I tried to take advantage of.”

The Energy Community at Duke

Duke’s interdisciplinary institutes, initiatives, and centers embody the university’s commitment to such cross-pollination. Khalil, who graduated during the Energy Initiative’s first year of existence, praises the “formal community” around energy that the organization now provides. These days, more than 1.5K students are enrolled in energy courses across the university annually.

As an interdisciplinary hub for all things energy at Duke, the Energy Initiative helps connect students to energy opportunities sponsored by schools and units across the university. The Initiative has also developed new programming (including a diverse slate of events, field trips, and other opportunities) and supports student-led activities like Energy Week at Duke.

It serves as home to a Bass Connections theme that invites all Duke students to take part in energy and environment research and is cultivating a university-wide network of energy alumni (currently housed on LinkedIn) to add value for Duke students even after they graduate.